MLLP components are built on top of camel-mina (starting with IPF 4.4 camel-netty, and their additional eHealth-specific functionality is implemented in form of interceptors. Each MLLP interceptor is a Camel processor that wraps another processor. The latter can either be one of

Interceptor chains are constructed on the basis of the following sources:

Each interceptor may define IDs of interceptors it should be placed before and after in the chain. When no such ID lists are provided, the interceptor instance is placed at the end of the chain. When it is not possible to appropriately consider the “before/after” configuration of an interceptor, chain creation fails.

Standard chains and interceptor IDs of producer and consumer sides will be described in the sections below. Note that each chain “starts” at the network endpoint and “ends” at the Camel route — this is important to know when configuring custom interceptors to be placed “before” or “after” standard ones.

This section describes standard MLLP interceptors of IPF. Their classes belong to the following packages, depending on the served endpoint type (producer/consumer) and usability in non-MLLP context:

For the sake of shortness, in the table below, only variable parts of package (hl7v2/mllp.core) and class names (placeholder <Function>) will be given. Interceptor IDs correspond to full class names if not otherwise stated.

The standard producer-side chain is shown in the figure below: 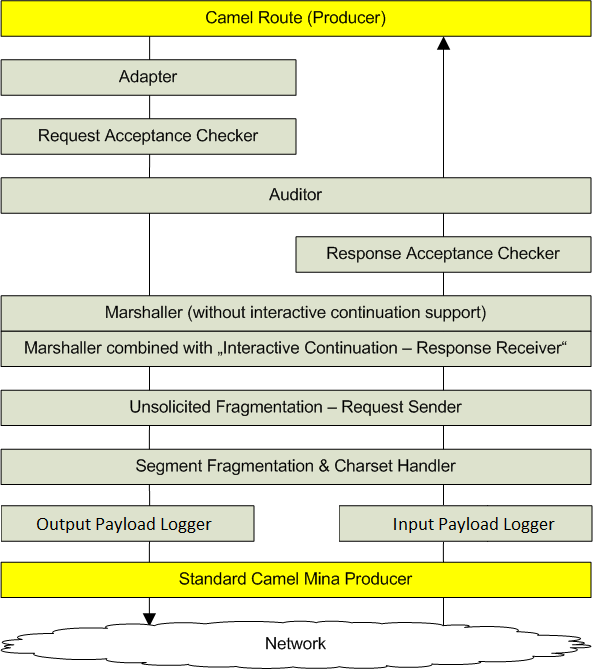 The standard producer-side chain is shown in the figure below: 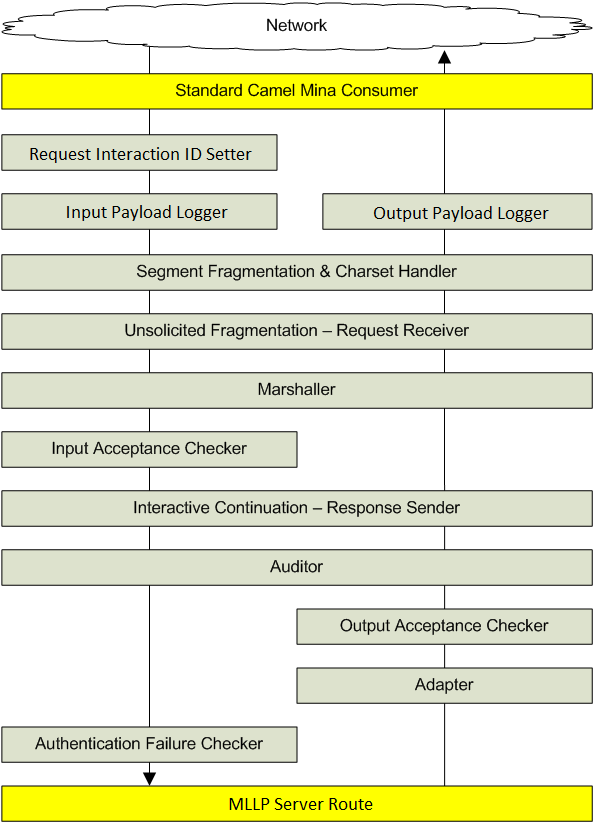 There is the possibility to enrich standard chains with custom (user-defined, project-specific) interceptors.

In order to be placed appropriately in the chain, custom interceptors should define lists of IDs of interceptors they should be placed “before” and “after”. Example:

A list may contain multiple IDs when some of corresponding interceptors are optional. In general, the following rules are applied when inserting a custom interceptor “X” into the given chain (see class ChainUtils for implementation details):